The Hougang faithful was rewarded with a home win tonight as our Cheetahs edged Young Lions 1 - 0. An early Jordan Webb goal from a well executed set piece was enough to seal the 3 points. Cheetahs had a few good chances thoughout the match but were let down by poor finishing.

There were many controversial decisions made by the referee against the Cheetahs and sparked off continuous abuse from the stands. Someone even shouted and asked if the referee was sponsored by Courts.

Despite that, the Cheetahs held on to the lead till the final whistle and ended the 3 match losing streak.

Congrats on the win and keep going Cheetahs! 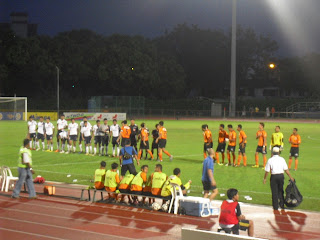 Cheetahs lining up against Young Lions 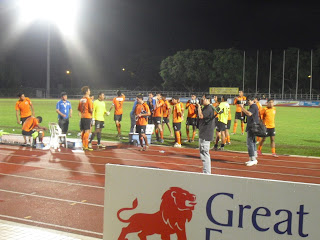